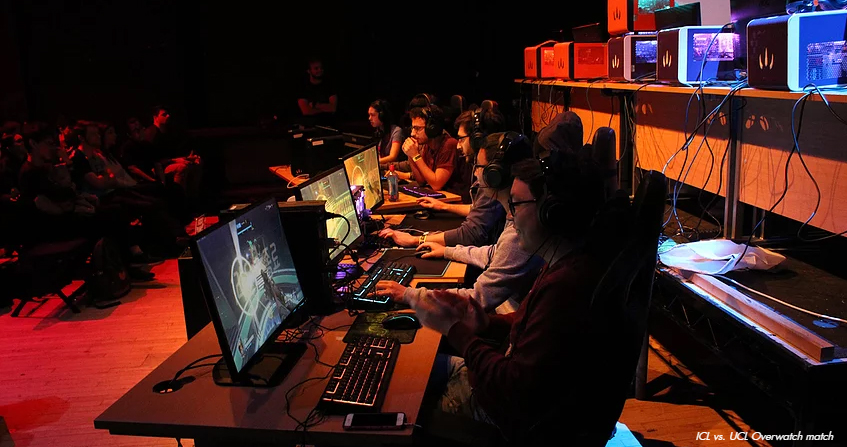 Esports Press is a media content creation and curation organistion for the esports industry. Our core content is written editorial, video and audio (podcasts). EP is a team of highly experienced individuals from the video games, esports and sports industries, including journalism, broadcast media & PR.

Esports Press are primarily esports business facing but realise that pretty much anything newsworthy within the games themselves could have an impact on the industry so we hold a wide sphere of interest.

We currently have 8 staff writers creating articles on site and preparing press releases and articles for clients. They cover a number of worldwide territories.

–Jake Bayliss (UK). Since graduating with a Sports Broadcast Journalism degree, Jake has featured in several regional newspapers and written match reports for Coventry City Football Club. Most recently, he has worked as a Multimedia Executive for one of the UK’s leading sports marketing companies.

–Craig Woollard (UK) has contributed to Autosport.com in both web and print through race reports and archive work. He has also actively spearheaded Formula Scout’s Formula 2 news coverage (link), by attending championship press conferences and its Esports coverage, including the W Series Esports League (link).

–Jay ‘Luna’ Hunter. Australia. Jay is an esports and gaming writer, editor, reporter, interviewer, and esports organization head. Despite being nineteen, Jay has covered news and content for the biggest websites in the world, such as Esportz Network, VPGame, TheGamer, Dexerto, and has amassed over a million views collectively to his written articles.

–Marco Morales (Spain) is the Founder of gaming.pink and DFY Gaming. Marco is a sports practitioner and esports addict.

–Gabriel Ionica (US). Not-yet-famous esports writer focused on covering FPS games. Started out with CS:GO but now writes about Valorant too and has a love-hate relationship with both games.  Check out Gabriel’s articles via Twitter @H3nleYCSGO

–Anthony Akugbe. Nigeria. Describing himself as ‘writer by day, gamer by night’. Anthony is a copywriter who helps brands in gaming and esports ‘up their content marketing game’.

–Ariel Grichener (Argentina) is a writer of graphic novels published in Argentina, Spain and United States. He has worked as a journalist for radio stations and currently manages the website Esportonic.com.

Esports Press is always on the lookout for journalists with ambitions to extend their reach into the esports industry and welcome article submissions and interest in also becoming staff writers. contact: journalists@esportspress.co.uk