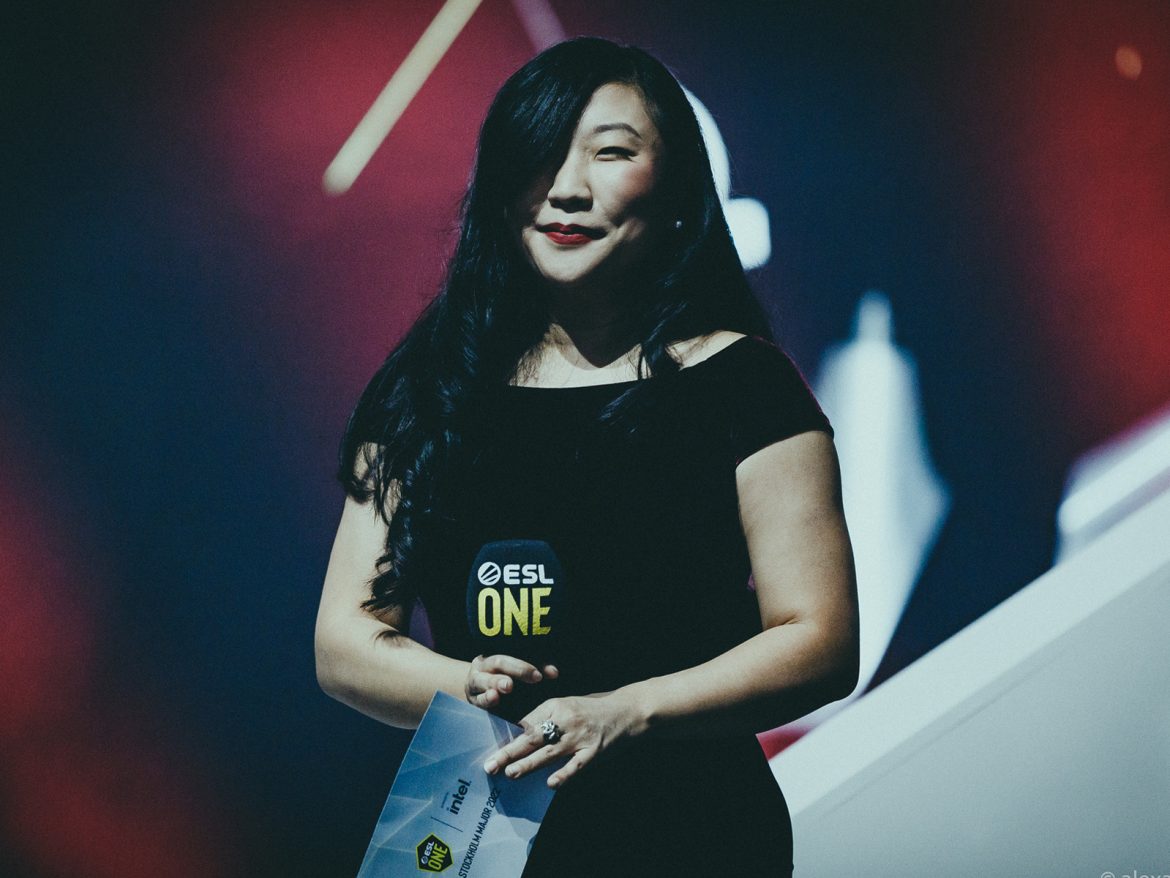 𝐇𝐨𝐰 𝐚𝐫𝐞 𝐟𝐞𝐞𝐥𝐢𝐧𝐠 𝐭𝐨 𝐛𝐞 𝐢𝐧 𝐟𝐫𝐨𝐧𝐭 𝐨𝐟 𝐚𝐧 𝐚𝐮𝐝𝐢𝐞𝐧𝐜𝐞 𝐚𝐠𝐚𝐢𝐧?
So excited to have everybody here! It’s been so long and there’s just nothing like being in the crowd and hearing them cheer for their teams, it feels so good!

𝐖𝐡𝐞𝐫𝐞 𝐝𝐨 𝐲𝐨𝐮 𝐭𝐡𝐢𝐧𝐤 𝐭𝐡𝐢𝐬 𝐓𝐈 𝐢𝐬 𝐠𝐨𝐧𝐧𝐚 𝐛𝐞?
I know that the DOTA2 social media put out some interesting pictures, some of dotakins, and people are saying SEA, and that would be incredible! Fans there are amazing, but I don’t know.

𝐃𝐨 𝐲𝐨𝐮 𝐭𝐡𝐢𝐧𝐤 𝐒𝐢𝐧𝐠𝐚𝐩𝐨𝐫𝐞?
That’s the hint, a lot of people that live in that area were like “it’s gonna be here!” and that would be so cool, I always wanted to go to Singapore!

𝐀 𝐥𝐨𝐭 𝐨𝐟 𝐲𝐨𝐮𝐧𝐠 𝐛𝐥𝐨𝐨𝐝 𝐢𝐬 𝐜𝐨𝐦𝐢𝐧𝐠 𝐢𝐧𝐭𝐨 𝐭𝐡𝐞 𝐬𝐜𝐞𝐧𝐞, 𝐰𝐡𝐚𝐭 𝐭𝐞𝐚𝐦𝐬/𝐩𝐥𝐚𝐲𝐞𝐫𝐬 𝐝𝐨 𝐲𝐨𝐮 𝐟𝐚𝐯𝐨𝐫 𝐭𝐡𝐞 𝐦𝐨𝐬𝐭?
Oh, Gaming Gladiators they have Dyrachyo, he looks like a baby, it’s incredible to watch this guy play! Then Ammar from OG has been explosive and a lot of people enjoy watching him play. So those two teams, especially OG, I would like to see them continue the legacy as well. The Gladiators have been putting in a lot of work, so it’s interesting to see if they will make it all the way to the top-3.

𝐂𝐒:𝐆𝐎 𝐫𝐞𝐜𝐞𝐧𝐭𝐥𝐲 𝐚𝐧𝐧𝐨𝐮𝐧𝐜𝐞𝐝 𝐚 𝐟𝐞𝐦𝐚𝐥𝐞 𝐥𝐞𝐚𝐠𝐮𝐞, 𝐰𝐡𝐢𝐜𝐡 𝐬𝐩𝐚𝐫𝐤𝐞𝐝 𝐬𝐨𝐦𝐞 𝐧𝐞𝐠𝐚𝐭𝐢𝐯𝐢𝐭𝐲 𝐢𝐧 𝐭𝐡𝐞 𝐜𝐨𝐦𝐦𝐮𝐧𝐢𝐭𝐲. 𝐈𝐧 𝐲𝐨𝐮𝐫 𝐨𝐩𝐢𝐧𝐢𝐨𝐧, 𝐬𝐡𝐨𝐮𝐥𝐝 𝐭𝐡𝐞 𝐭𝐨𝐮𝐫𝐧𝐚𝐦𝐞𝐧𝐭𝐬 𝐛𝐞 𝐨𝐩𝐞𝐧𝐞𝐝 𝐭𝐨 𝐞𝐯𝐞𝐫𝐲𝐛𝐨𝐝𝐲 𝐰𝐡𝐨 𝐡𝐚𝐬 𝐭𝐡𝐞 𝐬𝐤𝐢𝐥𝐥 𝐨𝐫 𝐬𝐡𝐨𝐮𝐥𝐝 𝐭𝐡𝐞𝐫𝐞 𝐛𝐞 𝐚𝐥𝐥-𝐟𝐞𝐦𝐚𝐥𝐞 𝐥𝐞𝐚𝐠𝐮𝐞𝐬 𝐢𝐧𝐬𝐭𝐞𝐚𝐝?
I don’t think it needs to be instead, but having it side-by-side wouldn’t be bad. I know in the pro-scene, there have been times when there were female players, and then some of the teams weren’t keen to scrim against them or mess around a little bit, it’s not super comfortable, right? So I would like to see a place where female gamers can play and feel comfortable, and not worry that a team won’t take them seriously because they are having a female player or even not be able to find scrims because of this. I’d like the idea of having this comfort, and of course you can have these mixed groups as well, but I think Female Leagues are a stepping stone to feeling confident about yourself, and then once you have that confidence, then maybe you are ready to try to compete in the mixed Leagues.

𝐘𝐞𝐬, 𝐛𝐮𝐭 𝐰𝐞 𝐝𝐢𝐝𝐧’𝐭 𝐬𝐞𝐞 𝐡𝐞𝐫 𝐨𝐧 𝐋𝐀𝐍 𝐞𝐯𝐞𝐧𝐭𝐬, 𝐚𝐧𝐝 𝐢𝐭 𝐰𝐚𝐬 𝐬𝐨 𝐬𝐡𝐨𝐫𝐭 𝐭𝐡𝐚𝐭 𝐰𝐞 𝐝𝐢𝐝𝐧’𝐭 𝐞𝐯𝐞𝐧 𝐡𝐚𝐯𝐞 𝐭𝐡𝐞 𝐞𝐱𝐩𝐞𝐫𝐢𝐞𝐧𝐜𝐞 𝐭𝐨 𝐟𝐞𝐞𝐥 𝐭𝐡𝐚𝐭 𝐰𝐞 𝐡𝐚𝐯𝐞 𝐚 𝐟𝐞𝐦𝐚𝐥𝐞 𝐩𝐫𝐨-𝐝𝐨𝐭𝐚𝟐 𝐩𝐥𝐚𝐲𝐞𝐫.
Yeah..In South America there was one player K.rolzinha who played on STARS when that was a thing, I’m not sure if she made it to a LAN event though. I’m not sure, there are a couple of ladies that have been grinding and have pretty high MMR, but they don’t want that kind of attention or some cultural stuff going on and they don’t feel they can be a part of the pro-scene. We’re still little ways from it, but I’m hoping that the more we have ladies showing up in the scene, the more representation we have, talent and what not – the more comfortable they will be to start competing.

𝐈 𝐬𝐞𝐞. 𝐍𝐨𝐰, 𝐰𝐡𝐚𝐭 𝐢𝐬 𝐲𝐨𝐮𝐫 𝐟𝐚𝐯𝐨𝐫𝐢𝐭𝐞 𝐜𝐚𝐬𝐭𝐢𝐧𝐠 𝐝𝐮𝐨?
Ohh, my favorite? You gonna get me in trouble with the boys (laughs) – it’s Owen (ODpixel) and Fogged. I love watching them! Owen is just so excitable, and hype, and very, very witty, and quick. Fogged is amazing because he is so knowledgeable, you can hear how exciting he gets when something really interesting or brand new happens. He brings so much enthusiasm and with the hype that Owen brings it’s just a treat to listen to them together!

𝐍𝐨𝐭 𝐃𝐎𝐓𝐀𝟐-𝐫𝐞𝐥𝐚𝐭𝐞𝐝 𝐪𝐮𝐞𝐬𝐭𝐢𝐨𝐧: 𝐈𝐟 𝐲𝐨𝐮 𝐰𝐞𝐫𝐞 𝐚 𝐃𝐢𝐬𝐧𝐞𝐲 𝐩𝐫𝐢𝐧𝐜𝐞𝐬𝐬, 𝐰𝐡𝐢𝐜𝐡 𝐨𝐧𝐞?
So I have curly hair naturally, a lot of times I have it straightened or styled, but my nieces tell me “Tia Mimi you look like Moana!” (laughs), I mean, Moana is super-cool so I’ll take that! I think she’s a Disney Princess, otherwise, I think I’m probably Lilo (from Lilo and Stitch) and she’s not a princess.

Gen.G and 1Password Partner to Reinforce Importance of Online Security in Gaming 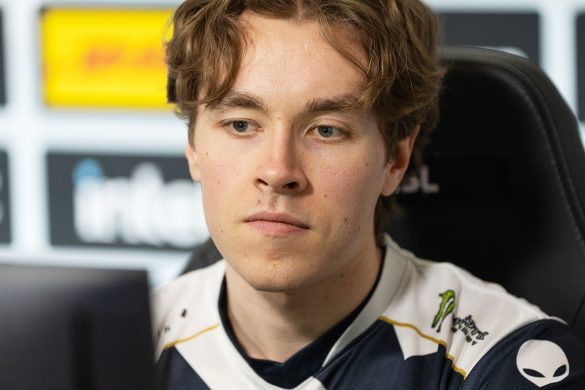 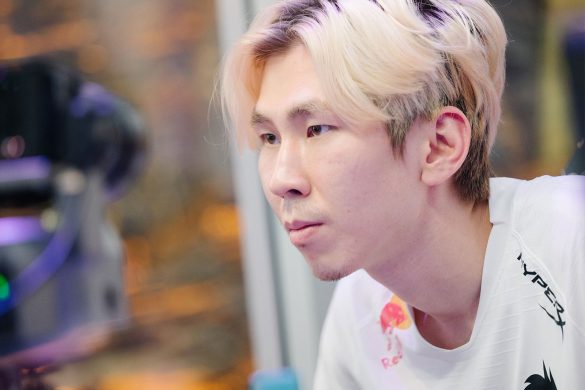 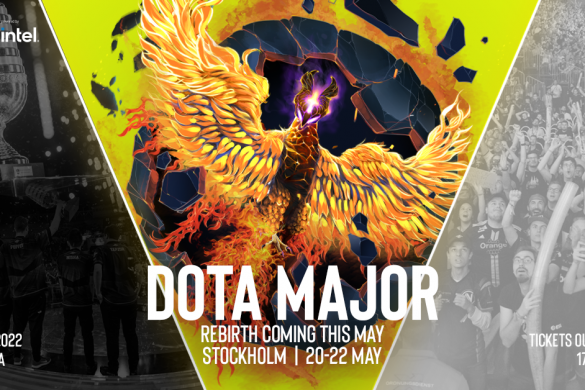 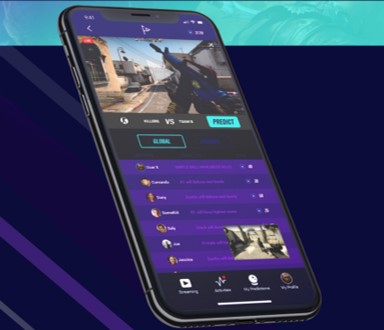